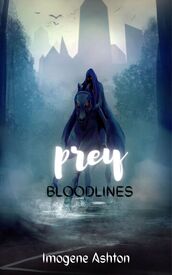 There are only three rules.
1. Do not go out after dark.
2. Donate your blood every two months.
3. Always obey a soldier in a uniform.
Failure to comply with the rules, can carry the sentence of death.
Two hundred and fifty years ago, Earth was decimated by a nuclear war and since then, survivors have been living beneath glass domes. Evelyn Anielewicz lives in Utopia, the most southern city, but the city is far from perfect. When her brother goes missing, Evelyn leaves the sanctuary of the dome city, where she discovers her city is hiding some dark secrets secrets.
For beyond the wall, live violent monsters who feed off blood, monsters that thirst for her blood, blood that can kill. 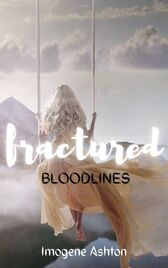 
Rosanna Anielewicz never expected to live long.
With her powerful, and raw magic, she wanted only to protect her sister.
Her sister's enemy is growing more powerful every day and Rosanna knows it is now up to her to keep the humans safe from his bloodlust. But her sister's death has had a profound impact on so many lives, mostly on the life of Ash, the Wildling leader and her sister's kaelan. The loss of Evelyn has changed Ash, making him cruel and cold with no care for the lives around him.
It is up to Rosanna to not only protect the people from Levi, but now from Ash as well.
But Rosanna is carrying a deadly secret that if found out, could get her killed.